As photographed at British V8 2007, in Willoughby OH

Note: Jensen Interceptors were produced from 1966 through 1976 (when Jensen Motors went into receivership). All Jensen Interceptors featured Chrysler V8 engines, originally at 383cid displacement and later at 440cid. Their steel bodies were mounted on a tubular chassis. The convertible version of the Jensen Interceptor wasn't introduced until March 1974, but it is now considered the most desireable variant. Only 507 convertibles were manufactured between mid 1974 and early 1976, and they all received the 440cid Chrysler big block engine. The engine is mated to a Chrysler TorqueFlite three speed automatic transmission and a Dana axle with Powr-Lok limited slip differential (and 3.07:1 gear ratio.) Four wheel Girling disc brakes provide quick stops. 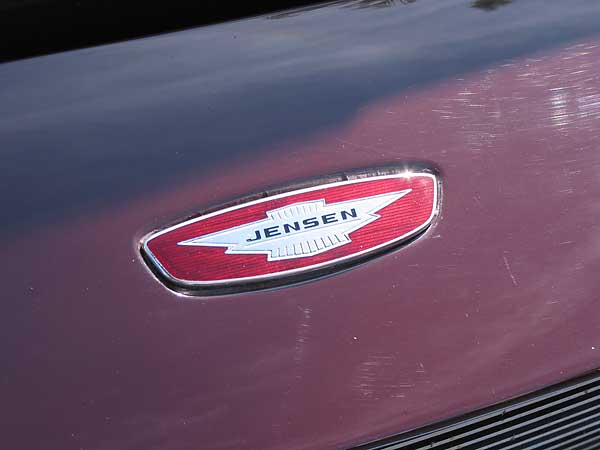