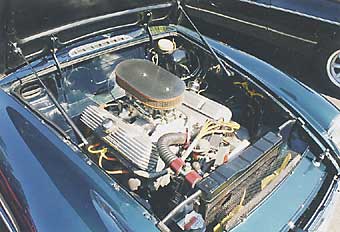 Over the last month, I have been involved in several senior management meetings at the company where I work, during which some very exciting and ambitious plans were set forth. Unfortunately, the output of these meetings will be having a drastic effect on the Newsletter. In a nutshell, the company is poised to enter two new, large and technically complex marketplaces. One ramification is that the testing and failure analysis lab which I manage will be doubled in size over the next twelve months, with attendant purchase and installation of some rather complex testing and analysis equipment, and the staff increased accordingly. The mandate from our CEO is that the lab is to be the premier facility of it's kind in the country.

The downside of these intentions is that the 10+ hours I normally spend at the job will be entirely insufficient to carry through the expansion. Also, there will now be the necessity for quite a bit of evening study to gain some expertise in some new technologies, as well as a fair amount of time traveling. After endless compiling, adjusting and gyrations with time schedules, calendars, and realities it has become painfully apparent that there is just no way to cram 28 hours of work into a 24 hour day. (Bet that sounds familiar to many of youl)

To cut to the chase, I have no alternative but to very reluctantly give up the Newsletter. There are possible two scenarios. First (and best) is that someone among you, the readership, would be willing and able to take on the publishing and editing duties. The rewards are tremendous! Constant contact and interaction with the best bunch of car nuts in the country and a sense that you are contributing to the growth of the MG V8 hobby. The commitment would be about 1 to 1-1/2 hours a day, spending some of that time on the computer and the phone. If anyone of you is even slightly interested, please get in touch with me and we can discuss the commitment and rewards in detail. I would gladly commit to furnishing at least a four page technical article every issue, plus much other material and support.


The painful alternative is that the next issue (January, 2001) will be the last one. That issue would be a double one, as I would compose some technical articles I want to get written and finish several in-the-works items. A full refund of any remaining subscription funds would be sent to each reader, along with the last issue. It is my very sincere hope that this does not occur!

Personally, I will certainly remain involved and committed to our hobby. I plan to begin writing more MG V8 related articles for mainstream automotive magazines, continue to attend every MG meet possible, and eventually get started on the oft-backlogged MGA V8 project.

I sincerely hope that the next and last "From the Editor" column I write will be welcoming the now editor/publisher. Again ANYONE who may be interested in taking over the Newsletter, please give me a call or E-mail. There is certainly no commitment in just talking.